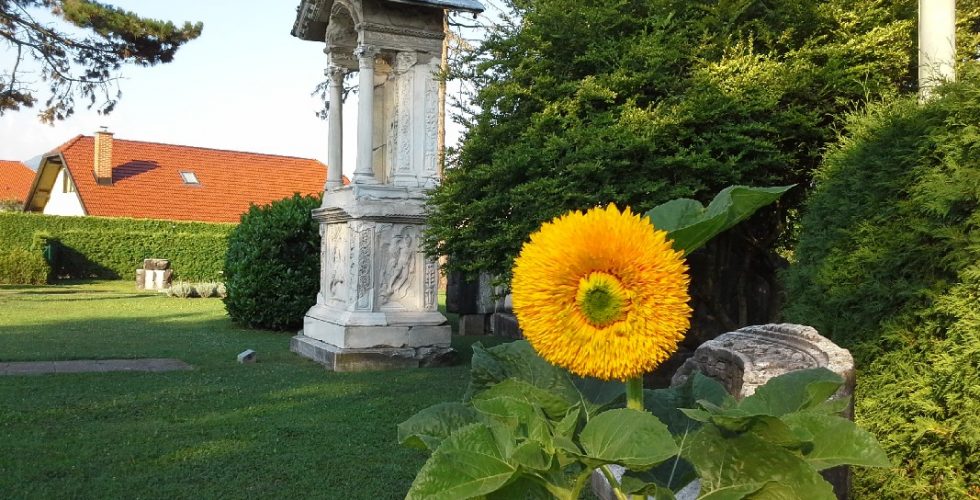 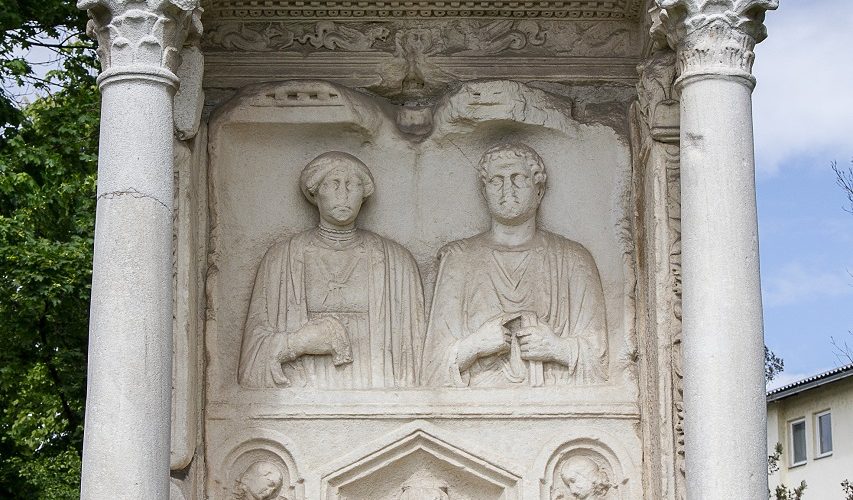 We would like to anounce that Roman Necropolis will be open for individuals and groups by prior appointment only. Tours can be reserved by telephone 00386 31 645 937 and over email: info@td-sempeter.si

Almost 2,000 years ago, an immensely important Roman road was passing through Šempeter, connecting Roman towns Aquilea, Emona, Celeia and Poetovio (sl. Oglej–Ljubljana–Celje–Ptuj). Many powerful Roman patricians lived nearby and some were buried in the tombs of the Roman Necropolis in Šempeter.

Important monument of the Roman era

The discovery of the Necropolis happened quite coincidentally in 1952, when works in an orchard revealed a statue of a sitting woman. Few years after the excavation, the beautifully preserved archaeological site Roman Necropolis in Šempeter was opened. It is still seen as one of the most important remains from the Roman era in Slovenia and in Central Europe. The Roman Necropolis is an open-air museum in which works of art of most skilled Roman craftsmen are exhibited.

After the Roman Necropolis had been discovered, more than 600 items were found and over 100 family tombs excavated. The most beautiful tombs are the large tombs made of Pohorje marble, ornamented with the high-relief statues of the buried families. The Spectatius family tomb is the largest and is covered with reliefs of four seasons. The Ennius family tomb is said to be the most beautiful and depicts the mythical scene of Europe’s abduction. Every tomb tells its own 2,000-year-old story, describing antique mythology and Roman lifestyle.

We would like to anounce that Roman Necropolis will be open for individuals and groups by prior appointment only.

We hope to see you soon in our historic monument.

We are kindly expecting you.